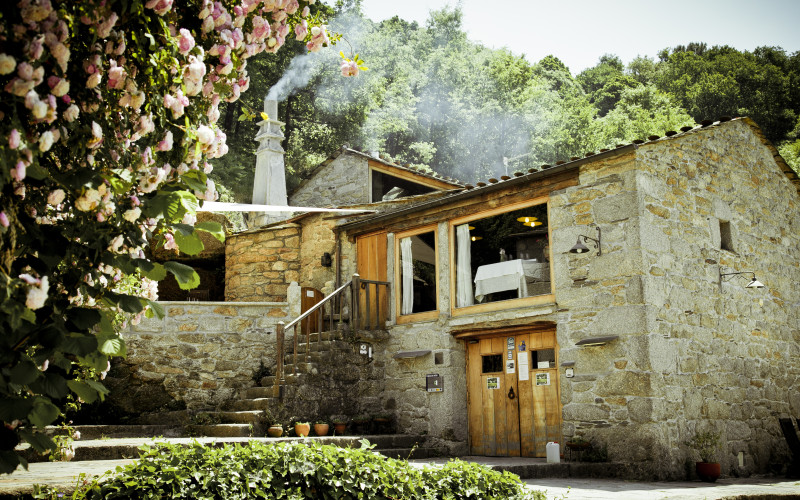 At the foot of A Fervenza forest, with 300-year-old oaks, in front of a seventeenth century mill, you will find this inn, former miller home: "[Y] sólo... 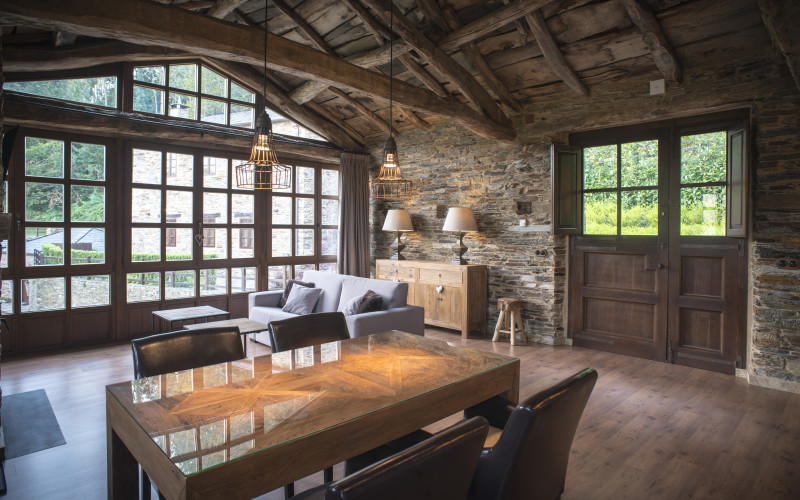 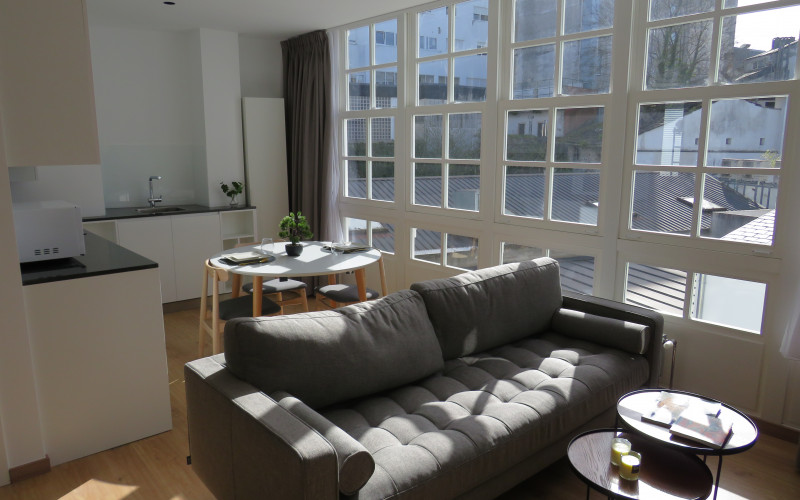 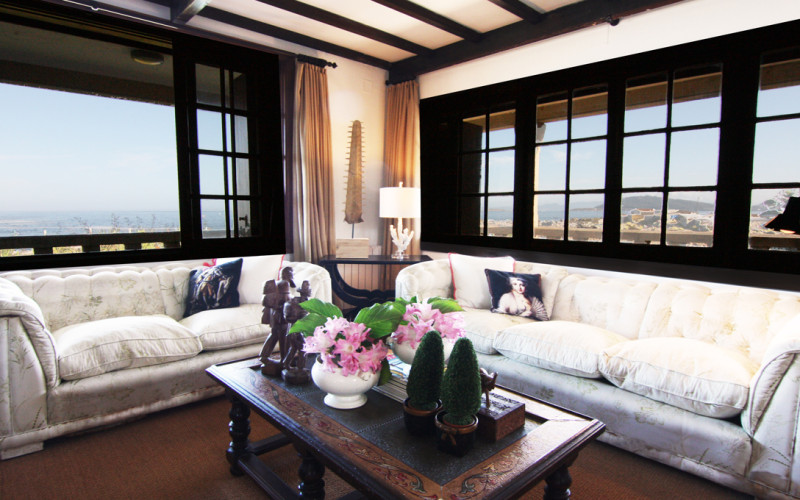 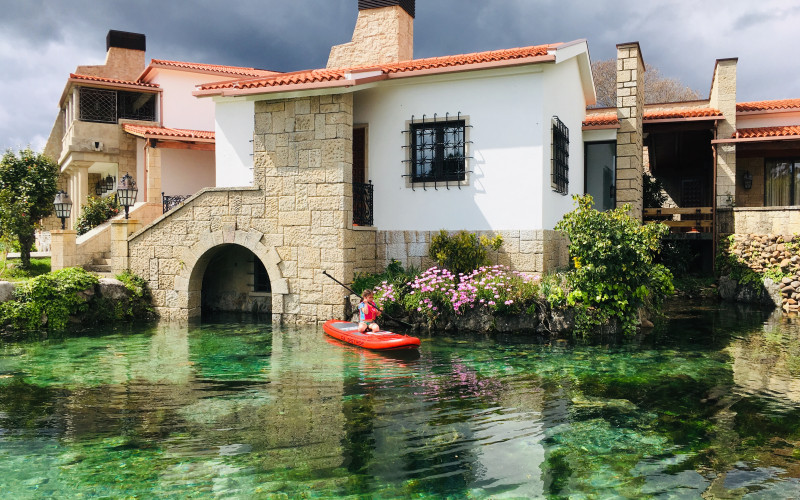 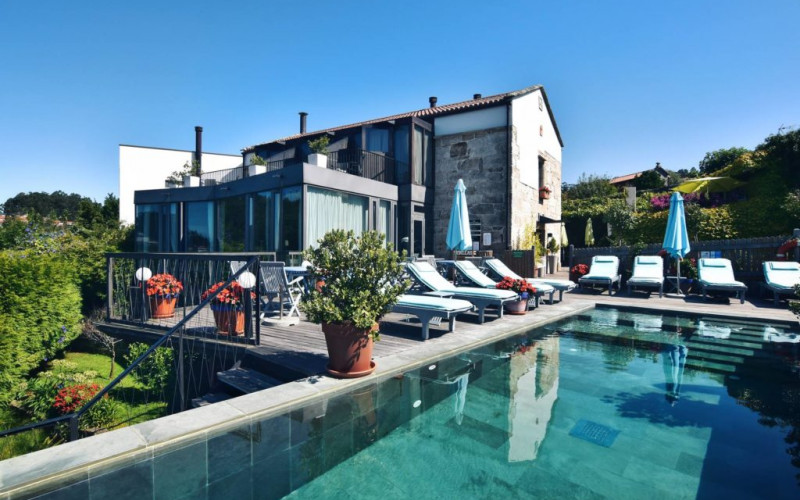 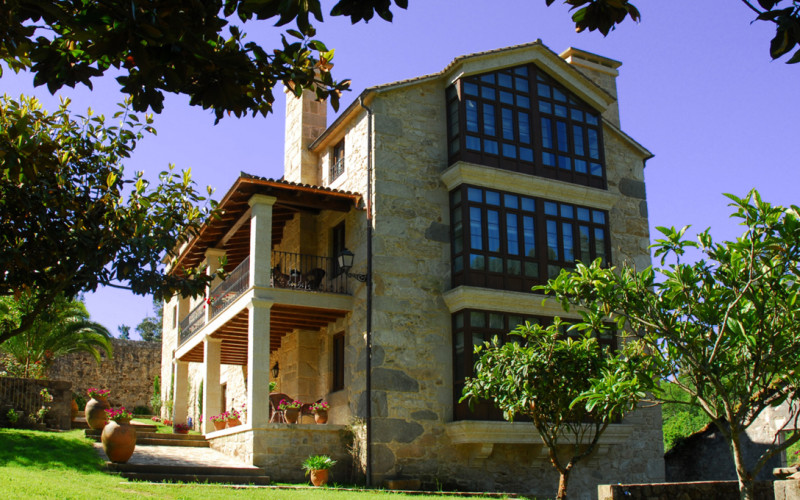 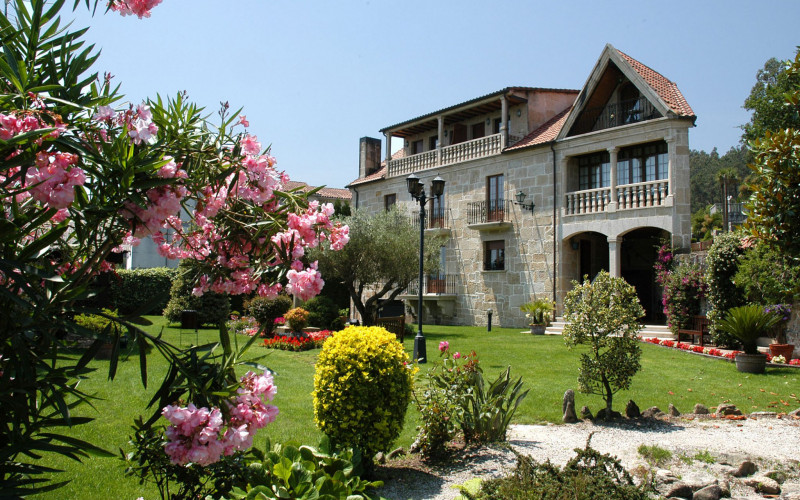 A Casa Antiga do Monte 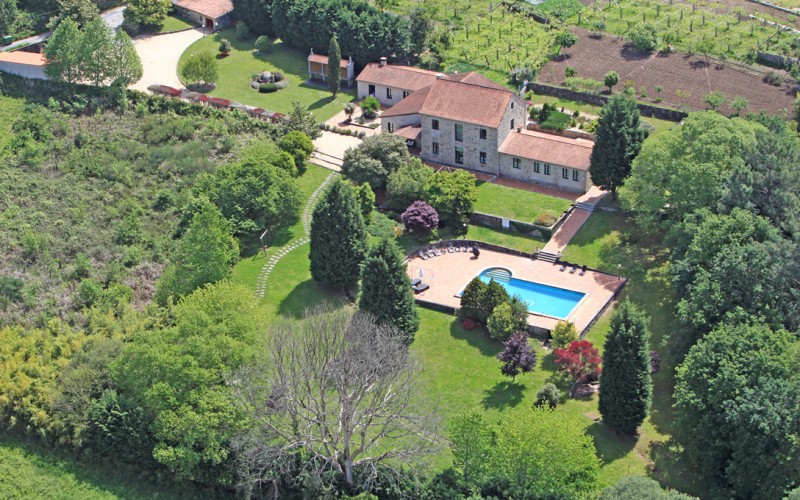 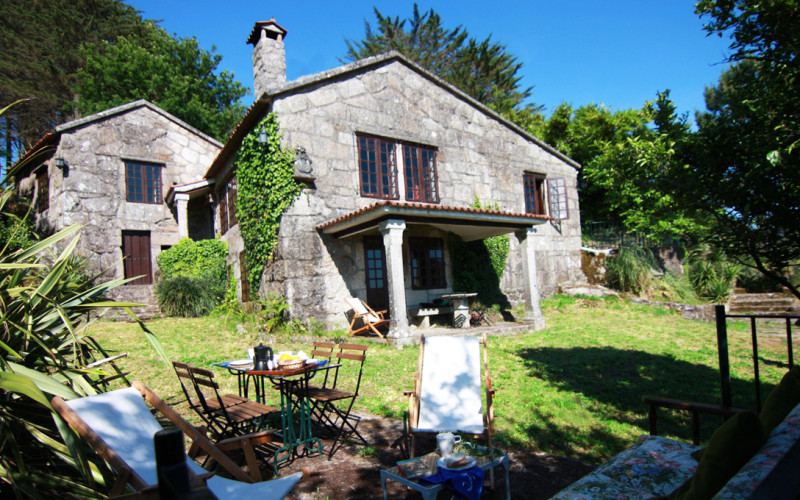 Galicia Hotels in Santiago de Compostela selected by Rusticae: Santiago de Compostela is the goal of the pilgrims who make the Camino de Santiago. Its historic center, declared a World Heritage Site, is made to get lost iN its streets and squares, where Romanesque, Gothic and Baroque buildings are interspersed. Its neuralgic center is the Plaza del Obradoiro with the Cathedral as the protagonist. You can view all from our Galicia Hotel Altaïr in Santiago de Compostela. Leave time to visit the Mercado de Abastos, walk through the Parque de la Alameda and give the palate the genuine Galician gastronomy.

Galicia Hotels near National Park of the Atlantic Islands of Galicia

National Park of the Atlantic Islands of Galicia In the mouths of the estuaries of Arousa, Pontevedra and Vigo, the main ones of the Rías Baixas, a series of archipelagos of impressive cliffs, dunes, bushes, beaches and marine bottoms of great biological wealth unfold. Also incredible Galicia Hotels near beaches From north to south we find Cortegada, Sálvora, Ons and las Cíes, which are the best known islands, where the famous beach of Rhodes stands out. Take a boat trip and enjoy a few hours of this natural paradise.

St james way - Santiago's road The Camino de Santiago, St James way in english or Santiago´s road is the oldest pilgrimage route in Europe, in addition to the most frequented, which finds its goal in Galicia, specifically in the city of Santiago de Compostela. You can view and book a lot of Galicia Hotels in these area. A good way to enjoy the landscapes, the localities, the people and the Galician gastronomy is to become a pilgrim for a few days and get going on the Camino de Santiago Portuguese of the Interior, the one on the Coast, Ría de Arousa, the Camino Primitivo or the English.

Rías Baixas it´s one of the bests zones for Galicia Hotels. From Cape Finisterre to the Portuguese border, the Rias Bajas occupy the west coast of La Coruña and the entire coast of Pontevedra. A unique maritime-land route, dotted with cliffs, lighthouses, beaches, islands and charming towns. Pontevedra, its capital, boasts an old town declared a historic-artistic site, but you should not miss places like Vigo, Combarro, Baiona, the dunes of Corrubedo, the fort of Santa Tecla or Cabo Home, and sleep in our Galicia Hotels selected by Rusticae.

Rías Altas in Galicia is a zone with amazing cliffs, gastronomy and Galicia Hotels. From Cape Finisterre to the border with Asturias stretches a coastal strip of impressive beauty, where the estuaries of La Coruña, Ferrol, Ortigueira and Ribadeo stand out. The Rías Altas also have dreamy beaches and luxury Galicia Hotels such as the unique Playa de las Catedrales, cliffs like O Cabo do Mundo and other natural areas of great interest such as the Fragas do Eume Natural Park. Culture lovers will enjoy in La Coruña, Ferrol, Ribadeo, Narón and, especially, contemplating the Tower of Hercules, declared a World Heritage Site.

Costa da Morte Galicia Hotels selected by Rusticae. From Punta Roncudo to Cape Finisterre, the wildest coastal region of Galicia unfolds, for something they will call it the Costa da Morte. In this legendary territory, where once many shipwrecks occurred, there are places of great beauty and interest, such as Langosteira beach, Penedos de Pasarela Y Traba, Finisterre, Cabo Vilán, Muxía, Corme, San Xiao or Malpica.

Galicia Hotels in The Ancares

Boutique Galicia Hotels in The Ancares zone. On the border with Castilla y León and Asturias, one of the most surprising places in Galicia is located: the Ancares. These mountains, which cross the east of Lugo, are declared a Biosphere Reserve and are an ideal setting for lovers of hiking. Its forests and valleys house numerous paths that, sometimes, exceed 2,000 m. Enjoy the green Galicia, with the presence of streams, waterfalls, small villages, castros, castles and luxury Galicia Hotels

Ribeira Sacra, Galicia Hotels selected by quality. Marked by the rivers Miño and Sil, which form beautiful canyons in its path, the Ribeira Sacra is a destination that mixes nature, culture and wine tourism thanks to its lush forests, its Romanesque monasteries and the quality of its wines. Among its villages, you can not miss Quiroga, Castro Caldeas, Monforte de Lemos or Portomarín. Si check our Galicia Hotels in Ribeira Sacra. Enjoy the views in Cabezoás viewpoint, walk among vineyards and feel the spirituality in Santo Estevo de Ribas de Sil.

Lugo have boutique Hotels, luxury Hotels and rural homes for your travel to Galicia. The city of Lugo also deserves a visit, which has as its center of attention its Roman wall, the only one in the world that preserves its entire perimeter, and is declared a World Heritage Site. You have to climb the adarve and walk the almost 2.3 km of a walk that transports to other eras. Check the disponibility of your dates and book online your room in our Galicia Hotels. Other monuments of interest in the city are the Cathedral of Santa María, the church of San Pedro, the Roman baths, the neighborhood of O Carme or the town hall, with its facade of Galician baroque style

Galician gastronomy! The gastronomy of Galicia is one of the most praised of our country, for the variety and quality of its products, highlighting the seafood and fish. Try the Galician empanada, the lacón con grelos, the Galician broth, the Galician octopus, the spider crab, the chorizo with cachelos, their sausages or cheeses. You can taste the Galician Gastronomy in our Galicia Hotels. To drink, nothing better than a Galician wine, either Albariño, Ribeiro, Ribeira Sacra or Monterrei; and for dessert, the iconic Santiago cake