Looking for something different?

The concept of Herdade das Barradas Da Serra is based on Tradition, refinement, comfort and connection to the concept that guided us from the conception...

This 16th century manor house stands on the bank of the Lima River, 7 km away from the Portuguese village of Ponte de Lima. It was rebuilt in the 18th...

In the heart of the Alto Alentejo, lost in time near the village of Vaiamonte, you will find this gem. Beautiful vineyards surround Torre de Palma, a white-washed...

Monte da Estrela Country House & SPA is a charming rural house in deep communion with nature, located in the Alentejo, council of Moura, very close to...

Solar Sampaio e Melo is a hotel located in a XVII century building. It originally belonged to the Sá Meneses family, linked by marriage to the Sampaio...

“Living in harmony” is this hotel claim which opened the doors in November 2014. The owner, Berny Serrão was born in Mozambique and her first thought...

Casa do Governador A centuries-old house, located in a spectacular 200-hectare estate. Situated in a highly protected ecological area and only 2 km away...

Quinta da Bouça d'Arques is placed in a 7 hectare estate, enveloped in a leafy vineyard that flanks it on the north and south, belonging to the Abrey...

As Janelas Verdes is a four-star boutique hotel sitting in an 18th-century palace of the old aristocratic district of Lapa, next to the National Museum...

The Quinta dos Carvalhos is a magnificent agricultural farm close to Costelo Blanco, right in the Portuguese countryside, the region of Beira Baixa. This...

Solar Egas Moniz is a late 19th century bourgeois house in the parish of Paço de Sousa, only 30 minutes away from the city of Porto, which has been restored...

Hotel Rinoterra Minho comes from an irresistible urge to share the tranquility and beauty of Alto Minho, as well as the rest of Portugal’s Northern Region....

Quinta do Craveiral is a new concept of accommodation in the Costa Alentejana. It is located halfway between the countryside and the coast, in the São...

Sapientia Hotel rightly boasts about being the only hotel located in the University of Coimbra, the most ancient one in Portugal, among the oldest in Europe...

Casa Amora is a charming guesthouse based in a typical early 20th-century Lisbon bourgeois building, located in one of its most pleasant and central districts,...

Casas do Coro, located in Marialva, the most historic village in Portugal encircled by a centenary wall, consists of a group of three traditional buildings....

Wrapped in the agricultural world of one of Fafe's parishes, Casa de Docim is an 18th century country house that has been carefully restored in harmony...

Herdade da Cortesia is a four star hotel located next to one of the arms of the Maranhão reservoir and overlooking the historic village of Avis, in the...

Casa da Cisterna is a charming rural hotel located in Castelo Rodrigo, one of Portugal twelve historical villages, in the North of the Country. Its owners,...

At the gates of the Douro Valley, on the edge of a small stretch of water surrounded by the mountains of Marão and Montemuro, are the Pousadouro houses,...

Quinta do Rapozinho is a northern Portugal rural complex, situated in a beautiful valley 5 km away from the Cabeceiras de Basto village. There are 6 houses...

Hotel Casa do Terreiro do Poço
Hotels Only Rusticae

This manor house, 50km from the Spanish border and included in the Artistic inventory of Portugal for its frescos and wall paintings, is soon to receive...

Selection of boutique hotels in Portugal

At the gates of Europe, Portugal has been a fundamental stage in the history of successive civilizations for several thousand years and has played a great role as a world power, especially in the Age of Discovery. We selected the bests boutique hotels in Portugal for your travel to Portugal.

At present, this vital curriculum translates into a rich historical-artistic heritage, which adds to the diversity of its natural environment, its festivals and its Portuguese cuisine. 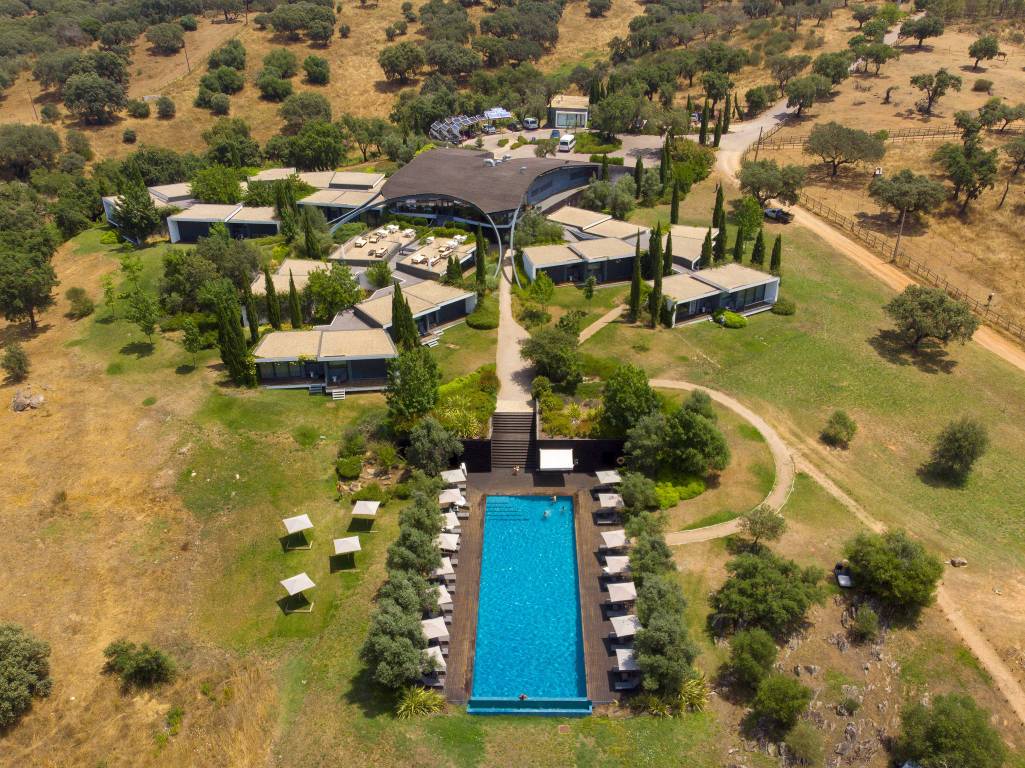 Located at the mouth of the Tagus River, Lisbon is the capital and the largest city of Portugal. It is one of the great European cultural centers and its neighborhoods, marked by the topography of the seven hills on which it sits, offers all kinds of options: history, architecture, traditions, modernity or fun. You can find some Boutique Hotels in Portugal selected by quality by Rusticae.

The heart of the city is the Baixa, which was practically in ruins after the earthquake of 1755. Boutique Hotels in Portugal. Today it shows an urbanism of squared streets, work of the Marquis of Pombal, in which the National Theater, the Praça do Comercio and the Rossio stand out.

Other places of interest in this city, which moves at a fado pace and with the presence of the nostalgic tram 28, are the Cathedral, the Castle of San Jorge, the Jerónimos Monastery, the Belém Tower, the Chiado neighborhood or the Park of the Nations, you can view all from our Boutique Hotels in Portugal 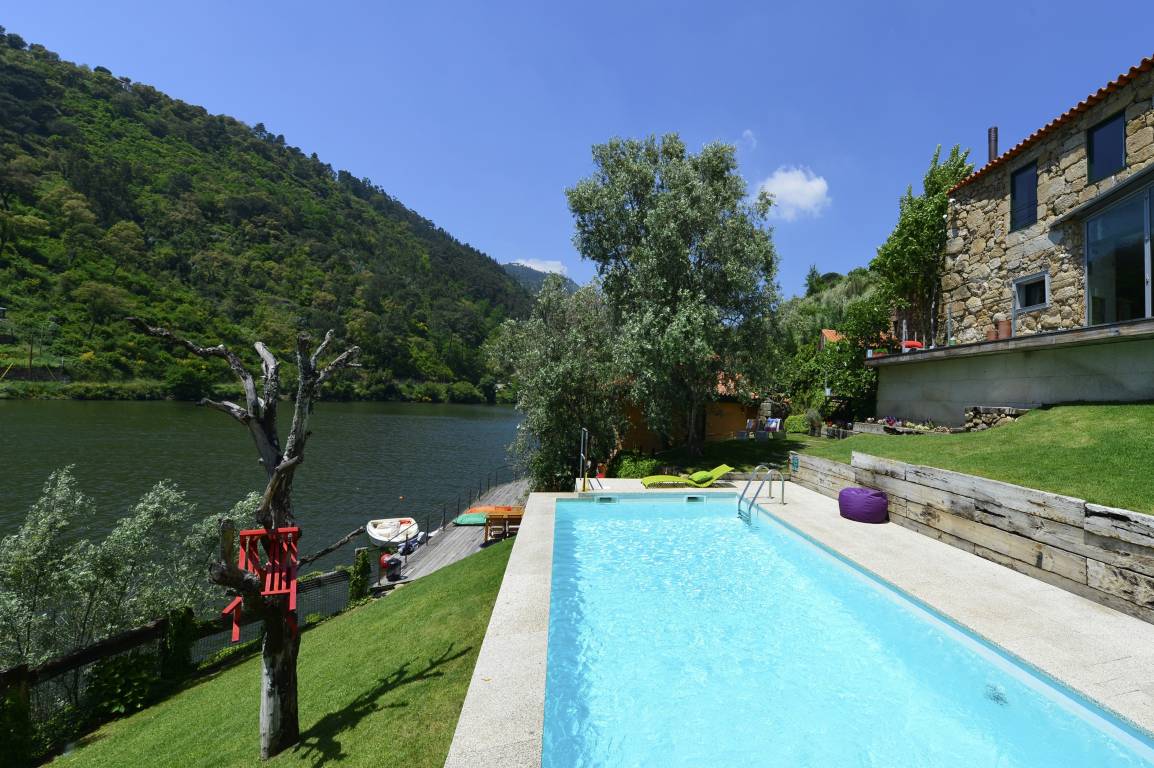 Being in Lisbon, a visit that you can not miss is the town of Sintra, just 30 km from the capital. It is known especially for its palaces and buildings of great size, embellished by gardens and their natural environment. To name a few, the Pena Palace, the Castelo dos Mouros, the National Palace of Sintra or the Janelas Verdes, all near our boutique hotels in Portugal

Porto is the second most important city in Portugal. Located in the north of the country, next to the mouth of the Douro River, it is perfect to wander around, with its narrow streets full of history and nostalgic atmosphere. Its old town, declared a World Heritage Site, houses important monuments such as the Stock Exchange Palace, the Cathedral, the Episcopal Palace or the Clérigos Tower, as well as unique boutique hotels in Portugal. Discover our Boutique Hotels in Portugal! 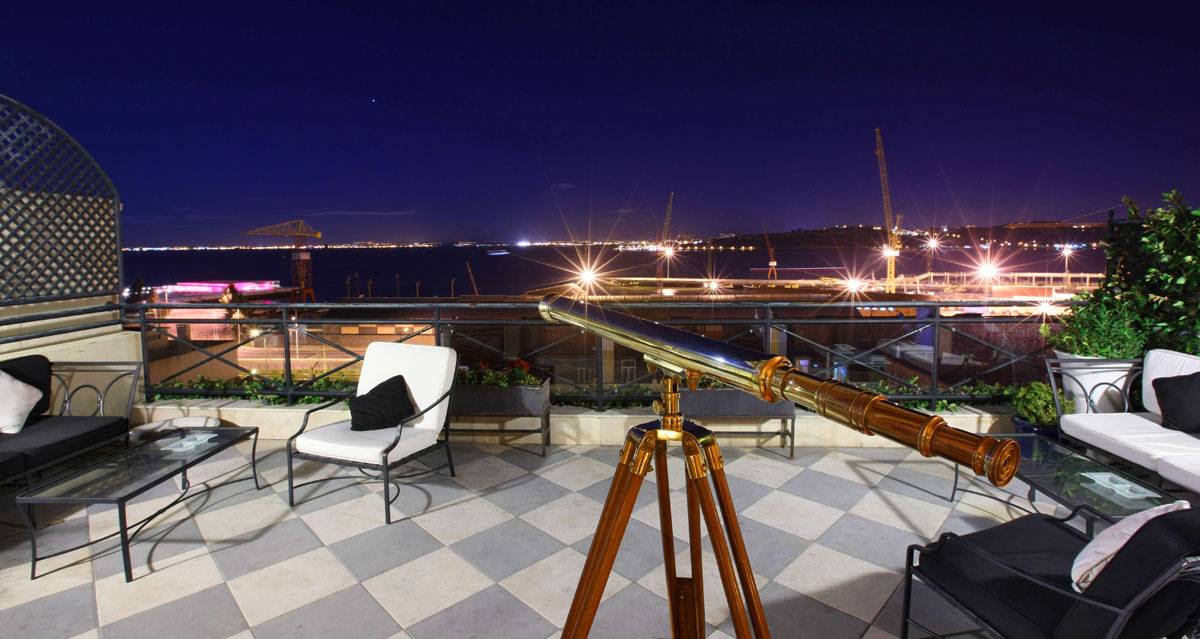 In the Central Region, Coimbra is a university city par excellence, as well as the cradle of the Portuguese kings. Located on a hill on the banks of the Mondego River, Coimbra preserves Roman constructions such as the aqueduct and the cryptoportico, as well as medieval buildings, dating back from the time it was the capital of the country. Near our Boutique Hotels in Portugal. Admire the headquarters of the University, the Cathedrals, the Church of Santa Cruz, the Plaza del Comercio, or the Botanical Garden.

In the same region, Aveiro is known as the Portuguese Venice for its canals that run through the center of the city. The neighborhood of Beira Mar is the most popular, where the essence of its history is concentrated, with its narrow streets, typical traditional architecture and the smell of salt. Without forgetting the tiles, present in all types of buildings. 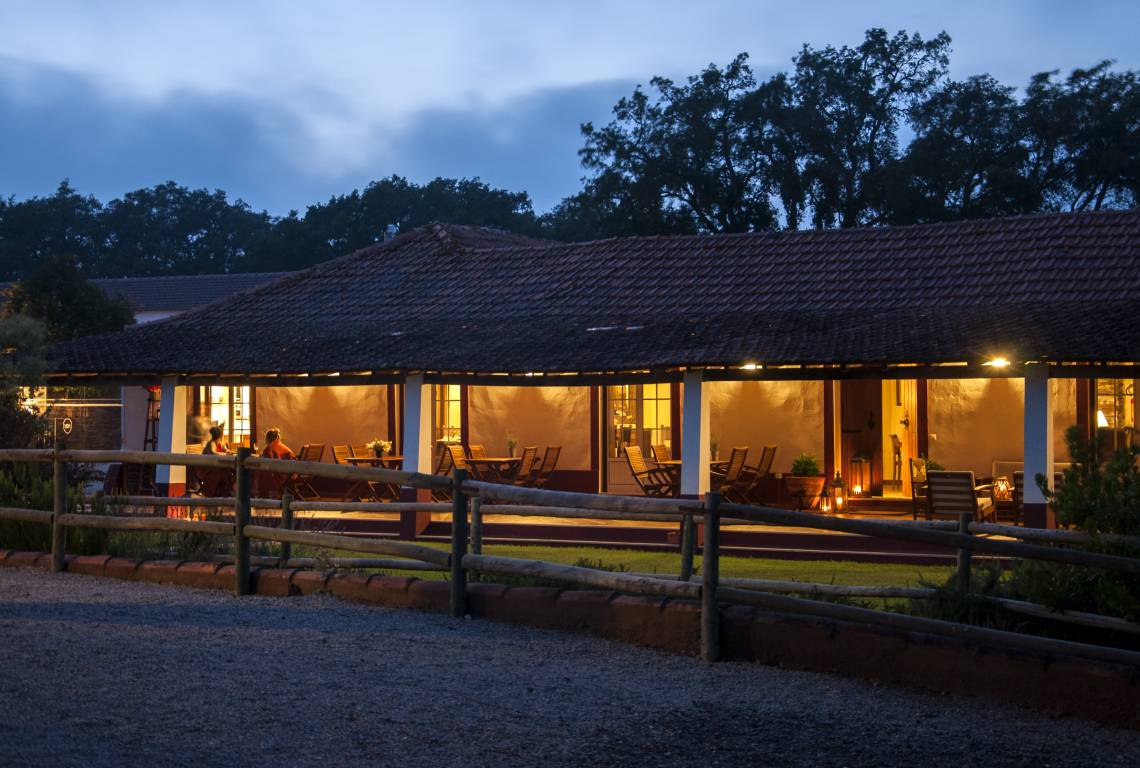 In the same region, Aveiro is known as the Portuguese Venice for its canals that run through the center of the city.

The neighborhood of Beira Mar is the most popular, where the essence of its history is concentrated, with its narrow streets, typical traditional architecture and the smell of salt.

Without forgetting the tiles, present in all types of buildings. You can see the tipical colors houses in Aveiro near the beaches, enjoy the gastronomy and the cheap prices of this region. Aveiro y waiting for you, and our Boutique Hotels in Portugal near Aveiro gives you a special time for rest. 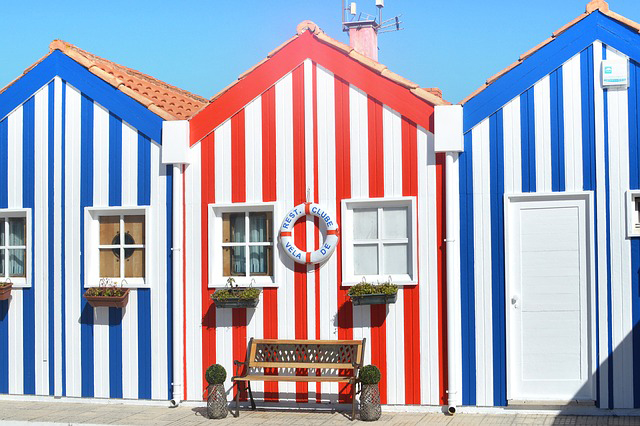 Another historic city is Braga, one of its main milestones in the creation of the archdiocese of Braça in the third century, with its Cathedral, considered one of the most important temples of Portuguese Romanesque, little distance from our Boutique Hotels in Portugal

Évora, in the south, is an unmissable visit to the Alentejo. Declared a World Heritage Site, it presents artistic styles from each stage of its history, hence its nickname "city-museum". The archbishop's palace, the cathedral, the church of Sao Francisco or the Roman Temple are some of its most outstanding monuments. In the Évora region you can also find the Crómlech de los Almendros, one of the most important megalithic monuments in Europe.Boutique Hotels in Portugal. 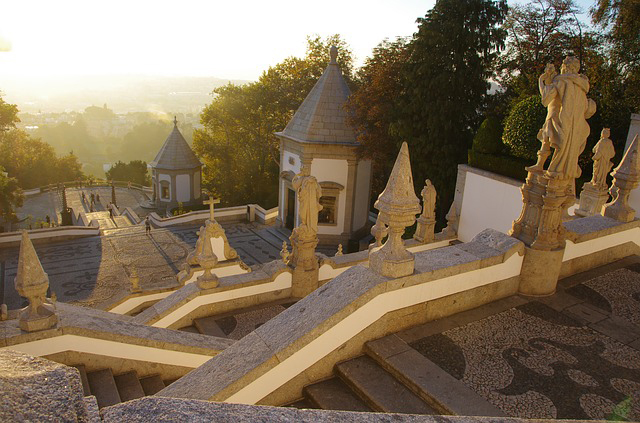 The cities and towns that deserve a visit in Portugal are abundant... It is also worth visiting Guimarães, Chaves, Elvas, Viana do Castelo, Bragança or Guarda, as well as the historic villages of the country, such as Marialva, Belmonte or Castelo Rodrigo.

The traditions and folklore are very rich in Portugal, giving rise to a calendar full of festivals throughout the whole year. Boutique Hotels in Portugal for canivals, traditions and customs. Attend the Carnival, the rural fair of the Ovibeja del Alentejo, the Queima das Fitas of Coimbra, the Pilgrimage to Fatima, the Fair of Albariño or San Antonio in Lisbon.

Portugal exudes nature on all sides, from the mountains of the north, to the gentle hills and plains of Alentejo in the south. Boutique Hotels in Portugal. To get to know this diversity better, it is worth visiting one of its natural parks, such as Peneda-Gerês, Duero Internacional, Sierra de la Estrella or Tajo Internacional. 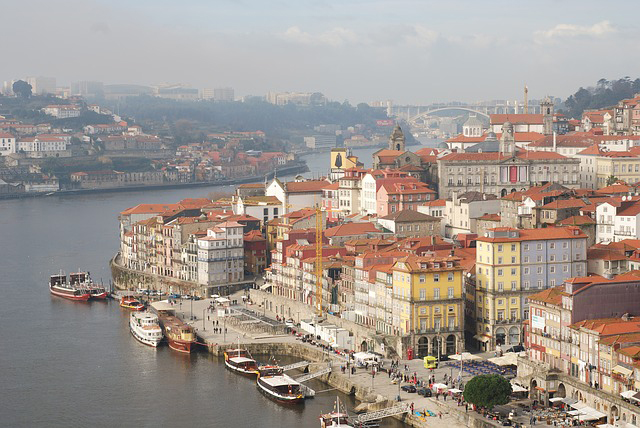 Boutique Hotels in Portugal in coast

The Portuguese coast is extensive, covering most of the Atlantic coast of the Iberian Peninsula, as well as the islands of the Azores and Madeira. The cliffs and sandy areas combined create unique beaches of great beauty, like those of Algarve, a.ka. the Golden Coast.

Nazaré beaches, Cascais, Carrapateira, Amado or Tonel near Sagres, are the bests beaches and coast for make water sports and surfing. You can wait the good waves and swell in this Portugal Beaches. Book Online now at our Boutique Hotels in Portugal and enjoy the Portugal coasts 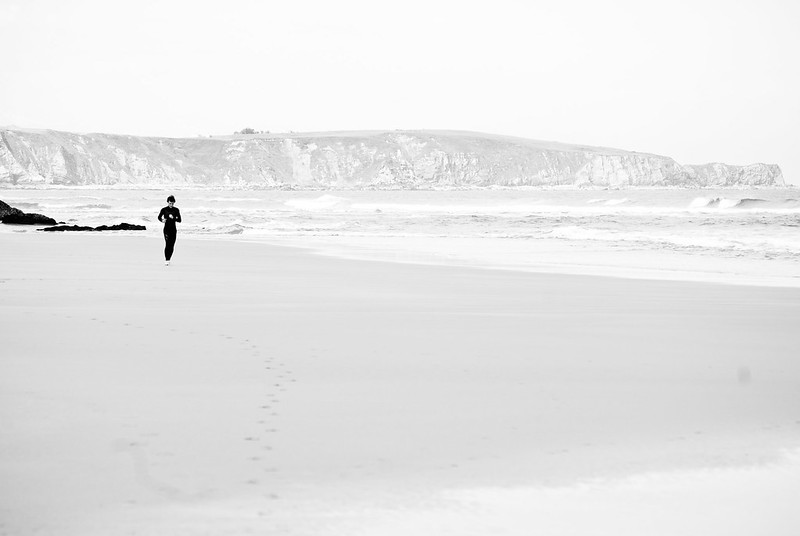 Discover the Portuguese territory through its typical dishes, such as the green broth, the feijoada (stew of beans with meat), the Portuguese stew, the cod, the gazpacho or the chanfana. For dessert, the sweet star is the unrepeatable cakes of Belém.

As an intimate neighbor of Spain, Portugal also boasts Mediterranean cuisine, enriched by the influences of its former colonies in Asia, Africa and America. Among its main ingredients are bread, garlic, oil and wine. Meats, fish and cheeses can also be found on the table.Boutique Hotels in Portugal

Cosmopolitan cities, historic towns, natural parks, beaches, parties and a cuisine where cod and Belém cakes go. Portugal is a country to enjoy it in any season of the year. 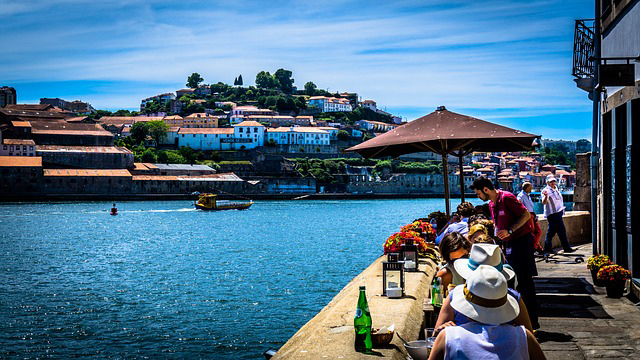