PLANS OF JUNE IN SPAIN

10 PLANS TO ENJOY THE MONTH OF JUNE "ON FIRE"

In this month of transition, between spring and summer, it burns the bad and gives way to the good.
Attentive to our 10 proposals to enjoy the month of June. 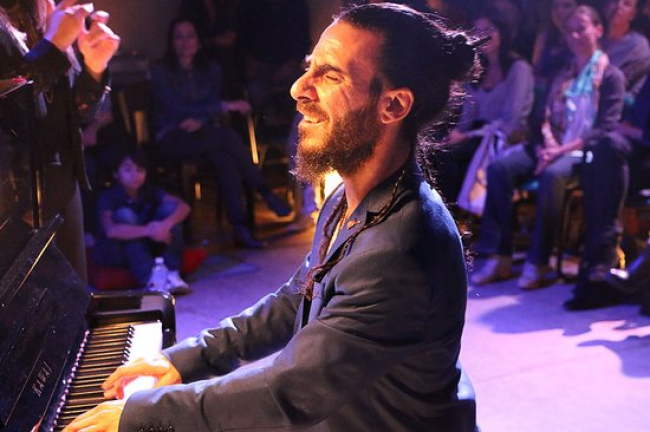 Flamenco in the Backstage (Madrid)

The first plan for June goes to all those who like flamenco or not. Since what the pianist Pablo Ruben Maldonado does with flamenco is not a fusion, but an evolution of it along with other styles of music such as classical, jazz, Afro-Caribbean, Indian, pop music ... all this next to his inseparable piano. Therefore, on your trip to Madrid, do not hesitate to visit his show always resting in one of our hotels in the capital:
Urban Hotel in the Carrera de San Jerónimo,
Quinta de los Cedros Hotel in Arturo Soria or the
Apartamentos Matute11 Suites a few steps from the central Plaza Santa Ana. Photo: www.pablorubenmaldonado.eu/ 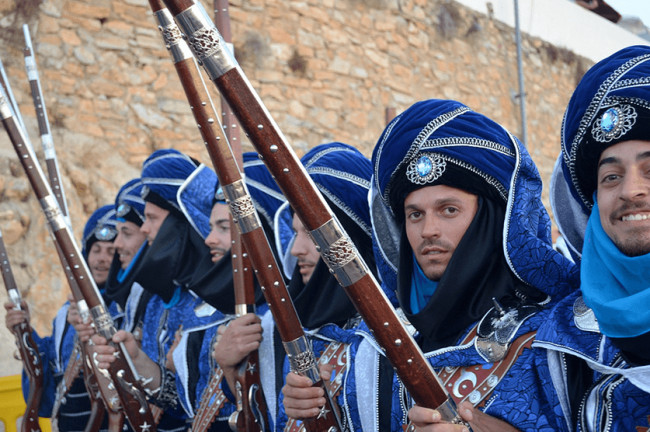 Festivities of Moors and Christians (Mojácar)

Groups and associations of Mojácar parade through its streets representing Kabila and Barracks during June 14, 15 and 16 to celebrate the Moors and Christians Festival, commemorating the negotiated delivery of the Villas de la Comarca to the Catholic Monarchs at the end of XV century. Locals and visitors expect this event in a very special way every year, boasting colorful and luxurious costumes inspired by Arab, Christian and Goyesque and Jewish. To enjoy the party and all the benefits offered by the area, we recommend you to stay at the
Hotel Botaniq, a paradise on the beach of Mojácar. Photo: almeriatrending.com 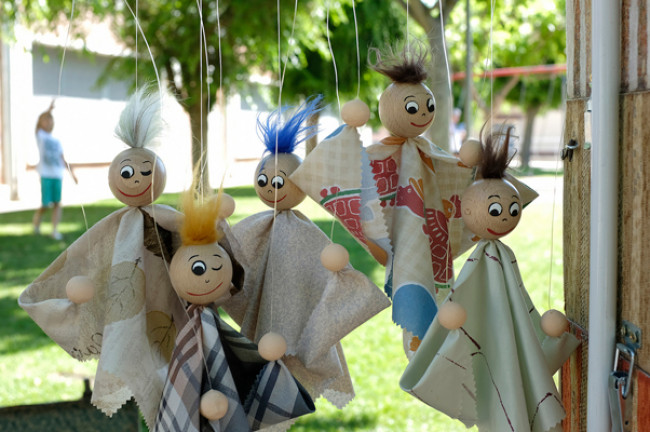 Theater, music, performance and circus are cited in the sixth edition of the Imaginary Festival of Puppets and Image in Motion , from June 3 to 9 in Binéfar (Huesca). Each year, more than 33 shows of different performing arts such as live shows, object theater, movies, concerts ... bring together hundreds of people, both young and old. To rest, 45 minutes from Binéfar is Hostería de Guara, a beautiful hotel starting point towards the Natural Park of the Sierra and the Canyons of Guara. Photo: Familiasactivas.com 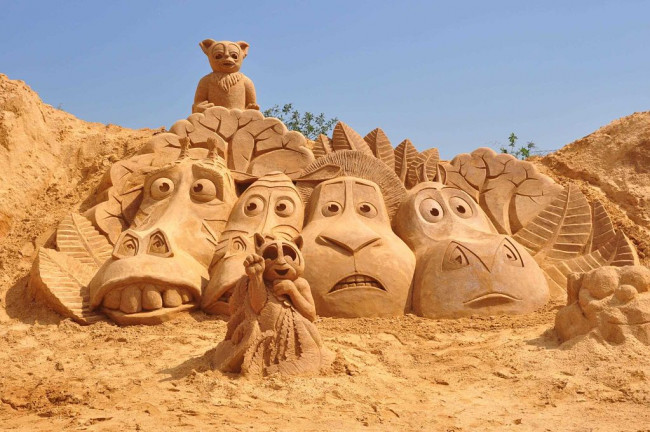 The biggest sand sculpture world festival is in Portugal, specifically in the Algarve. From the next June 8 until mid-October, you can enjoy this spectacle of sand and water in the town of Pêra (20 minutes from Portimão). Six months of work and more than forty thousand tons of sand are necessary for sculptors from around the world to make their works in more than fifteen thousand square meters. Our Rusticae Craveiral Farmhouse and Paraíso Escondido hotels are perfect to escape a day and enjoy these works of art (distance 1 hour). Photo: www.fiesa.org 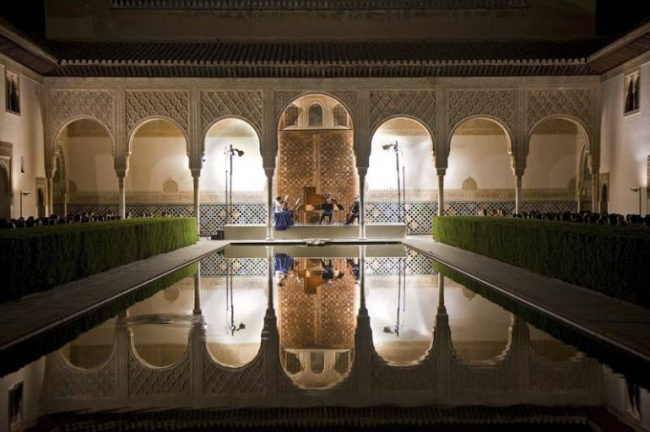 From June 21 to July 12, Granada is filled with art, music, dance and flamenco thanks to The International Festival of Music and Dance. Completing this year 68 years of life, the city is filled with a total of 31 shows spread over different stages such as the Palace of Charles V, the Isabel La Católica Theater, the Alhambra Theater, the San Jerónimo Monastery, the Generalife Theater and the Plaza of the Aljibes. To enjoy the festival you can choose between several options, in the city itself Rusticae has Hotel Villa Oniria, Casa Palacete 1822 and Gar-Anat Hotel Boutique. In Albolote the Hotel Cortijo del Marqués in Motril, the Hotel La Casa de los Bates.. And if you escape with friends, nothing better than the spectacular Finca Casabela. Photo: Cadena SER 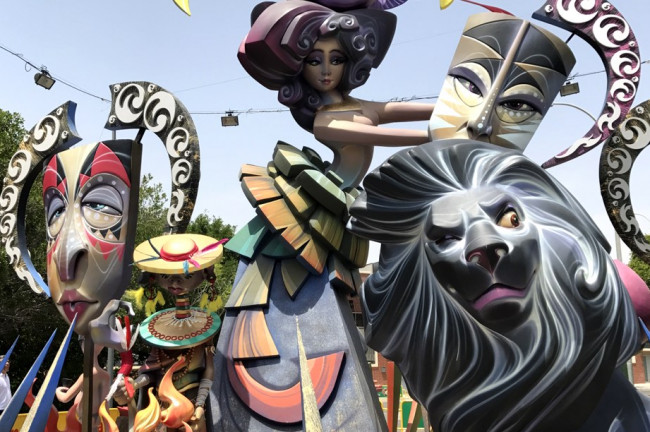 In Alicante the "Hogueras" of San Juan are much more than mounds of burning wood, because they coincide with the official festivities of the city and are declared of International Tourist Interest and Intangible Cultural Interest. Of course, ephemeral monuments and pyrotechnics are not lacking. The Bonfires of Alicante, also known as 'Les Fogueres de Sant Joan', are held every year in the city of Alicante from June 19 to 24. At twelve o'clock on the night of June 24 fireworks are launched indicating the beginning of the cremà or burning of the bonfires. You can enjoy the party, the fire and the tradition and try the delicious "coca amb tonyina" (coca with tuna) and "bacores" (brevas). Come and experience the atmosphere of San Juan in Alicante and rest in one of the Rusticae hotels in the province.

The fault (torch) and the lighthouse (light that can be seen from afar), are the two undisputed protagonists in all the denominations (Huesca, Catalonia, Andorra and France) where the Fallas del Pirineo are celebrated. In the province of Huesca, at the end of June in towns of the regions of Sobrarbe and La Ribagorza, they make routes full of light and color from the nearest mountain to the town to the rhythm of traditional music. To live this experience we recommend Terra Bonansa and Acebo de Casa Muria hotels, hotels located in or near Bonansa, Pont de Suert or Laspaules. Photo: Bonansa (Huesca) of http://fallasdelpirineo.com 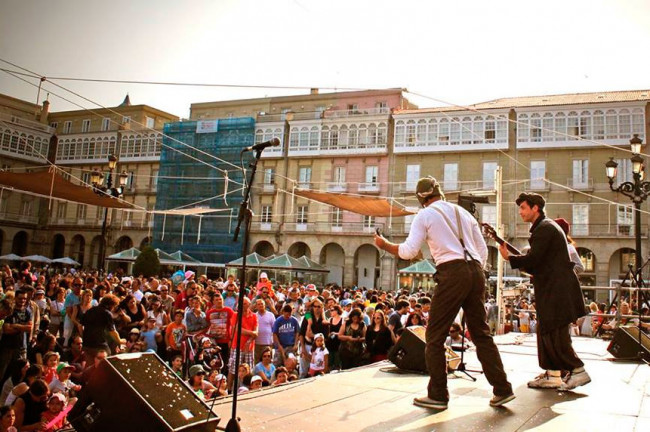 SAN JUAN IN A CORUÑA

These festivities are a reference of the peninsular northwest, since they last no less than 11 days! From June 14 to June 24, this city offers a lot of activities for everyone who wants to celebrate the arrival of summer with this festival declared of National Tourist Interest: concerts, sardines, activities for children with "San Xoan pequeniño". The sea, the night and the fire come together so that the magic of the solstice floods everything. And as a cherry, stay at one of the Rusticae hotels in the province, such as the Altaïr or A Casa Antiga do Monte Photo: "San Xoan pequeniño" of Lamarila.es 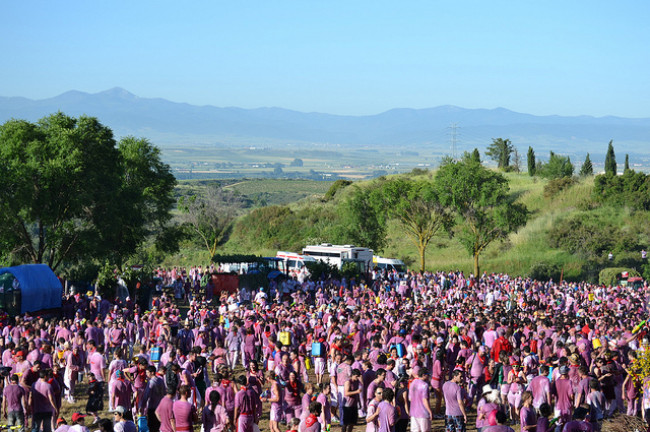 BATTLE OF THE WINE IN HARO (LA RIOJA)

Devotion and fun have made one of the most unique festivals in La Rioja: the Battle of Haro Wine. On Saturday, June 29, the vaqueros go to the hermitage of the Riscos de Bilibio and celebrate a mass in honor of their patron. Then the battle begins, in which the participants throw themselves red wine until they are soaked. The party is completed with a lunch based on snails, "las vueltas" to the center of the town to the rhythm of the charangas and the release of wild bulls in the bullring. Very close to Haro is the hotel Rusticae Hospedería Señorío de Briñas. Cheer up! Photo: Battle of Haro wine by Alfonso Bermejo García at ClubRural.com 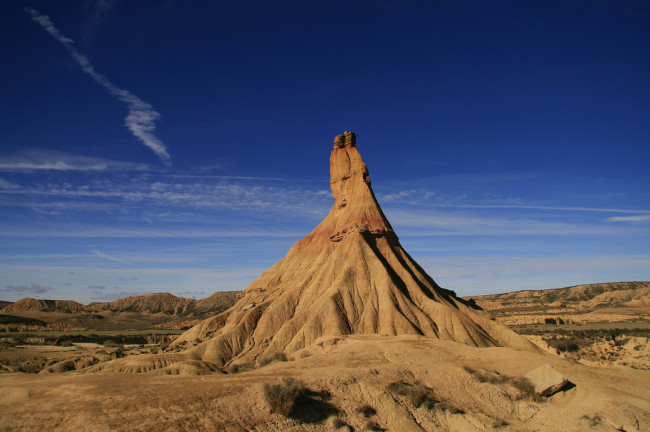 June is synonymous with good weather, that's why it's perfect to enjoy one of our
Travel Experiences. Unique trips designed by Rusticae together with our hoteliers, the best local guides. Our hotels will be your hosts and together with them, you will live in first person the best of each destination: the best local cuisine, traditions, history, unique and surprising landscapes and best of all, the people you will find during the trip. Discover our Experiences and start your trip here! Photo: Experience "Medieval Pedals"