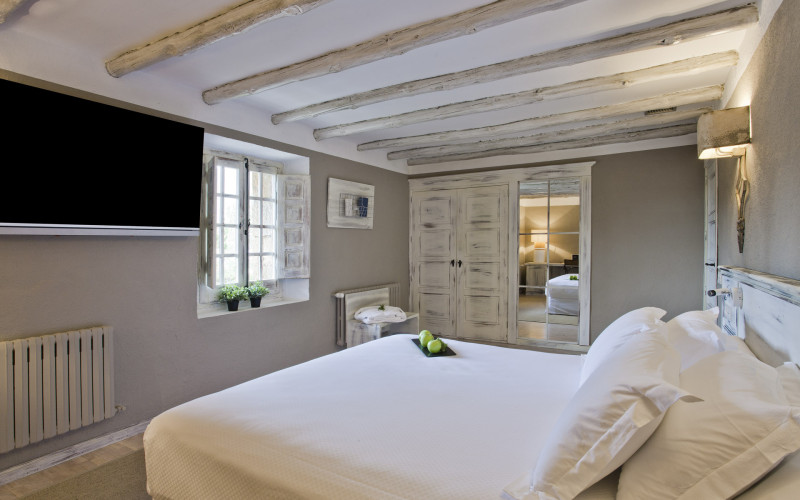 Hotel El Toro Pamplona reopens one of Pamplona's most emblematic accommodations. It is a rustic-Provencal style building that combines history and modernity,... 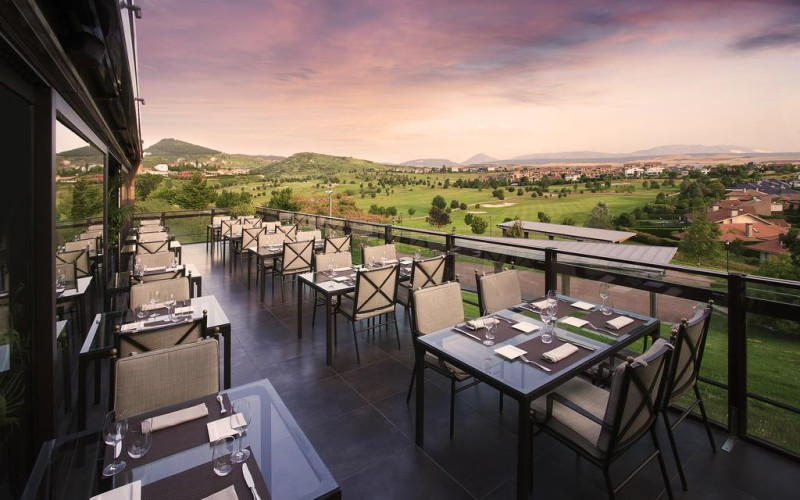 Boutique hotels in Pamplona The visit of Pamplona or Iruña (in Basque), can start from its perimeter, walking through La Ciudadela, and following its walls, passable for the most part, from where you get good views of the different neighborhoods and mountains that surround the city. Then you have to go to the old town, to enjoy the main monuments. There is the Plaza del Castillo; the Palace of Navarre; the Cathedral of Santa María; the Town Hall Square, protagonist of the beginning of the fiestas of San Fermín; the Church of San Saturnino or the Chamber of Comptos. Wandering through its streets is a delight, and among them the Paseo de Sarasate stands out; the Estafeta street -concentration stage of San Fermín-; Shoe Street; or San Nicolás street, full of shops, bars and restaurants. The historic center of Pamplona is the ideal place to drink pintxos, accompanied by a zurito (beer) or a good wine from the land. As for modern architecture, highlights the Palace of Congresses and Auditorium of Navarra, with an "L" shape and known as Baluarte, located very close to La Ciudadela, in the First Ensanche. Boutique hotels in Pamplona Rusticae The capital of Pamplona enjoys important green areas, in the form of parks and gardens distributed throughout the municipality. You have to walk around the Citadel the Vuelta del Castillo, the Arga Fluvial Park, the Antoniutti Park, the Media Luna Park, the La Taconera gardens or the Yamaguchi Park. The surroundings of Pamplona also allow you to enjoy nature and pure air. The Sierra de Aralar, the Ultzama Valley, the Alloz Reservoir, the Pitillas Lagoon, the Foz de Lumbier, the Quinto Real Forest, the Irati Forest and the Zugarramurdi Caves stand out. One advantage of the trip to Navarra is that everything is close to your capital. So, you can not miss the visit to other municipalities and nearby towns and sightseeing around Pamplona. Some ideas are: Yesa and its Monastery of Leyre; Urdaiz; Tudela and its Plaza de los Fueros; Roncesvalles; Tafalla and its source in the Plaza Mayor; Arantxa; Olite and its Palace of the Kings of Navarre; Puente la Reina, the main enclave of the Camino de Santiago; Sangüesa and its famous bridge over the river Aragón; or Bidasoa. The gastronomy of Pamplona integrates the culinary talent of Navarre. Here are some of our recommendations: asparagus from Navarra, artichokes (from Tuleda) with clams, piperada (peppers and tomato), stew from bull, trout from Navarra, lamb in chilindrón, baztanzopas (a type of shepherd's crumbs with fat from mutton and vegetables), wild boar and other game meats, snails, Navarrese gazpacho, Bidasoa salmon, ajoarriero cod, etc. For dessert, the curds and curds; and to drink, wine with Navarra designation of origin. Do not forget that Pamplona also has an important tradition of pintxos as its neighbors in the Basque Country, and that as Euskadi, it has a large number of gastronomic societies or txokos, where they cook as a group and share one of the most popular hobbies. important of the inhabitants of Pamplona: eat. Among its festivals, San Fermines stand out, internationally known. They begin on July 6 with the proclamation and the chupinazo from the balcony of the town hall and end on July 14 with the song "Pobre de mí". The best known activities of the festival are the encierros (bull running), where runners put their skills to the test in front of the bulls until they reach the bullring. Although the Sanfermines have a trajectory that goes back to the Middle Ages, it was thanks to the writer Ernest Hemingway when they made themselves known to the world. Pamplona also has an important cultural and leisure life, and artistic festivals, such as the Point of View Festival (documentary film), the Pamplona Film Festival and musical contests of various musical genres. Hoteles en Pamplona