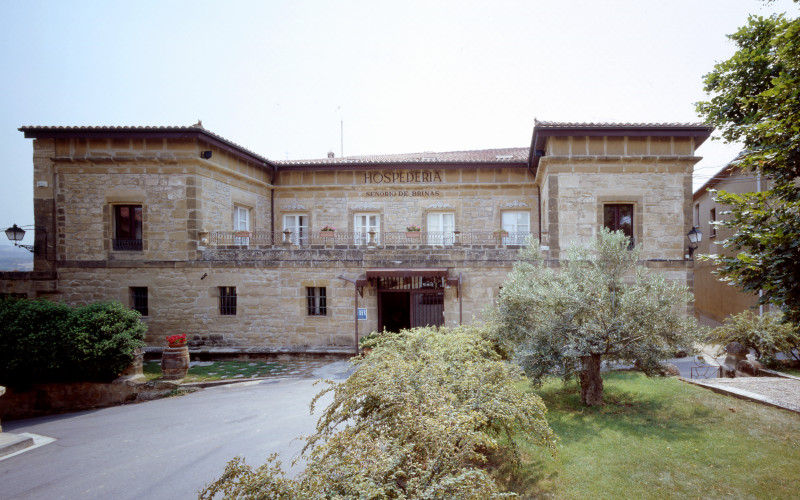 This small charming hotel is set in Briñas, La Rioja, a village close to the province of Alava and is reminiscent of its aristocratic roots surrounded... 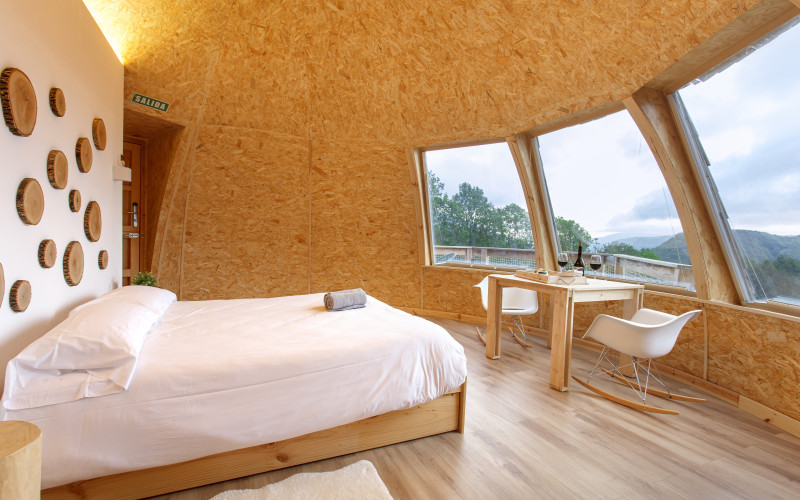 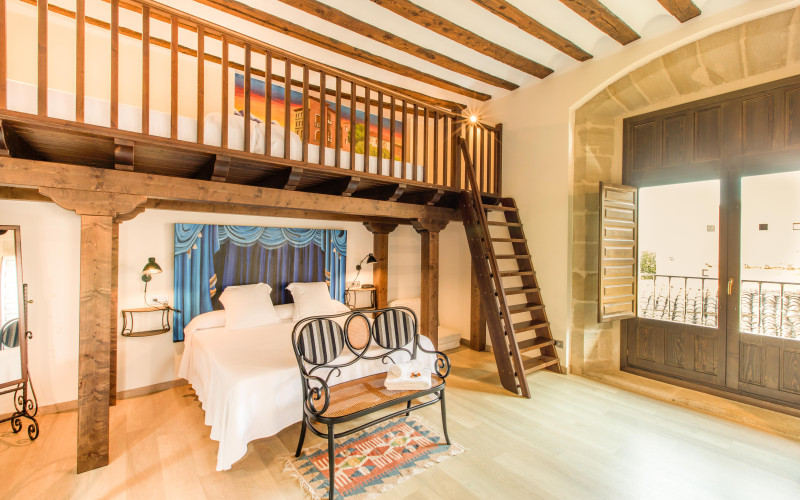 Rural Getaways in La Rioja , three and a half hours from Madrid, two hours from Bilbao and four and a half hours from Barcelona. It has bus services, RENFE and Logroño airport. Good communications to get away. La Rioja is a complete destination for getaways: the Neolithic leaves us the dolmens of Cameros and the Sonsierra, Romanesque art of Los Templarios, Gothic as the Cathedral of the Savior in Santo Domingo de la Calzada, Renaissance as the cloister of Yuso, the present Baroque in multiple towers and the neoclassical of its palaces, theaters and public buildings. We consider them a must for any Getaway in La Rioja Rusticae. La Rioja also treasures more than 10 centuries of life and spiritual tradition through its network of Monasteries, among which two fabulous jewels stand out: the Monastery of Yuso and the Monastery of Suso in San Millán de la Cogolla, which is currently considered as the cradle of Castilian, since in this town the first documents written in this language are preserved.

Escape to Logroño to see the two bridges, the iron and the stone bridges you can enjoy an excellent view of the Historic District with the towers of the four churches, among which we highlight the Redondo Co-Cathedral and the Church of Santa María de Palacio. Escape to Haro! Haro is the capital of wine, here you can get away and visit its Wine Museum and also the Basilica of Our Lady of Haro, the Baroque Palace of the Counts of Haro, the Plateresque Palace of Beldaña and the Municipal Archive, perfect visits in your getaway to La Rioja . One of his most famous parties to escape is the "Battle of Wine." If you escape to Calahorra visit its cathedral, the archaeological museum and the square of El Raso, ancient Roman forum. Santo Domingo de la Calzada with its network of medieval streets declared a Historic-National Interest Complex, it houses a valuable heritage in which its walls, the Cathedral and the old Pilgrims Hospital stand out, without a doubt a cultural stop in this escape to La Rioja .

Escape to Ezcaray and visit the Church of Santa María la Mayor, National Monument, the Royal Cloth Factory of Santa Barbara, the dye building (built without using wood on the roof to prevent fires), or its palaces and manor houses, a perfect route to visit in your Wine trip to La Rioja The Camino de Santiago, the first European cultural itinerary and World Heritage Site, also passes through the Rioja. In Logroño, the French Way and the Jacobean Route of the Ebro also converge, making this city a fantastic point to begin the pilgrimage, in addition to the escapes. The Dinosaurs also left their mark on La Rioja more than 120 million years ago, and today the Enciso, Munilla or Igea and Cornago deposits attest to this, if you escape to La Rioja with children > It is a perfect plan. The Lost Ravine is a paleo adventure park and most of the archaeological remains are found there. It is also an excellent plan to make a family trip to La Rioja , with multiple activities, adventure areas and water areas designed for children.

In the section of its gastronomy La Rioja gives us a fertile orchard with pochas, potatoes to Riojana or la Rioja stew spoon dishes that you must try and enjoy in your Riojana getaway Among its main dishes gray soups and miller's soups, lamb in stew or roast, cod in Rioja ... Cheese from Cameros, Puff pastry sandwiches and almond cream, Alfaro Russians or Soto marzipan ... And when you're in Logroño get lost between the tapas bars of Laurel and San Juan Streets, Escape to the busiest and most gastronomic streets of La Rioja. And if you are looking for accommodation -> Hoteles en La Rioja

In Rusticae we want you to have the best list of Getaways in La Rioja , Getaways and charming plans La Rioja , of all kinds and for all audiences, Rural getaways , romantic, with cellar, with spa, with jacuzzi, for families ... in La Rioja . In Rusticae we take care of making a rigorous selection of the best Rural Getaways in La Rioja at the best prices for your trip with yours. Check in Juntines the best activities for children in La Rioja (http://www.juntines.com/calle-en-la-rioja) and take full advantage of the trip. You will find the best places to go with your family, such as comfortable restaurants for children, museums with educational activities or family shows. In addition, to have fun at the hotel you can also find more ideas in the home section (http://www.juntines.com/casa) Your family time is money, make the most of it!