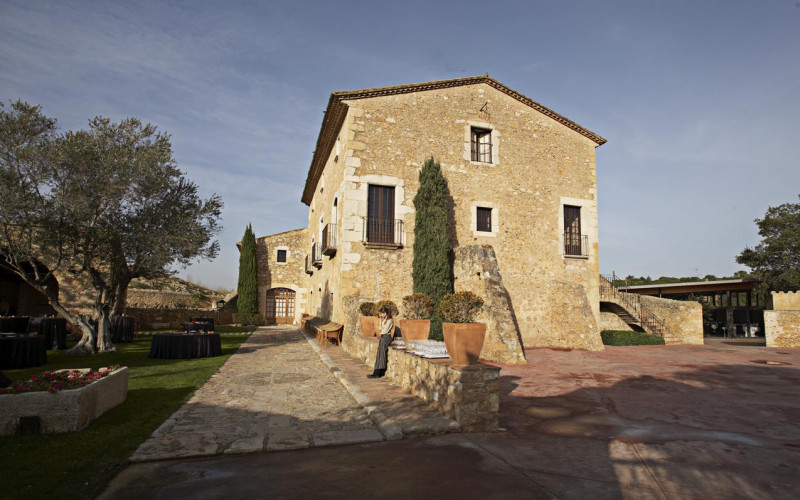 The Molí de l'Escala is an old flour mill of the seventeenth century fully rehabilitated and located just a few kilometers from the Costa Brava. This...

Boutique Hotels in Costa Brava, Spain! Are you looking for Boutique Romantic Hotels in Costa Brava? In Rusticae we exclusively selected the best boutique hotels on the Costa Brava at the best prices. Book Now at our bests Boutique Hotel Rooms in Costa Brava for your travel, ✅ Book Online now! There is a way to explore the attractive and rugged Costa Brava without barely separating from the sea, passing by the beaches, the towns, the natural parks, the cliffs and the hidden coves. We talk about the Camí de Ronda, a series of footpaths on the coastline of Girona, showing the traveler the Mediterranean landscape in its purest state, in pictures that intersperse the crystal clear waters and the green of the pines. The footpaths are linked, in many sections of the coast, to the watchtowers that served to alert about the arrival of pirates and smugglers, and avoid the boarding of suspicious ships that could bring infectious diseases. The connections between the different towns, beaches and coves allowed fishermen and sailors to return to their ports of origin in case of a shipwreck. But it is in the nineteenth century when the term Caminos de Ronda is born. It refers to the ´rounds´ that the Carabiniers made and, later, the Guardia Civil, to avoid smuggling and illegal trade. The smugglers looked for hiding places which were easily accessible by sea but unaccessible by land to avoid these controls. These criminal activities reached their highest point during the postwar period, due to the isolation of Spain and the restriction and prohibition of products. Currently, they are very pleasant footpaths for hiking in Girona while enjoying its most representative landscape: the Costa Brava. The whole Camino de Ronda goes from Blanes to Port Bou and largely overlaps with the GR92 long-distance trail, named after the Olympic Games of Barcelona in 1992. The different fragments of the route and different roads provide enjoyment to all types of walkers. Those accustomed to walking and those prefering short routes, although we must take into account that the terrain, with narrow paths, slopes, climbs and descents isn´t your normal footpath. Get familiar with the different paths and find out which one is the best for you, meanwhile we have selected the best boutique hotels when you can completely relax after a day of walking.

But temporarily our customer service will be made only by Email.